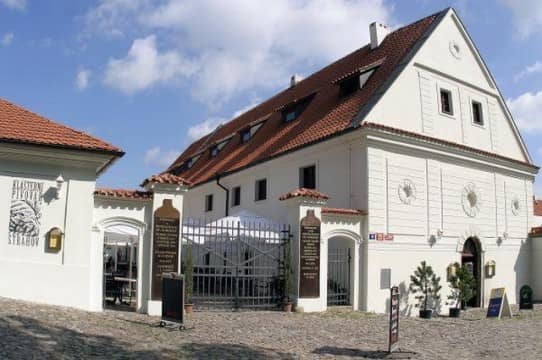 A part of the Czech cuisine, the Czech beer is much loved by the locals, being sold at a number of venues. These sites have always been recommended to tourists looking for things to see in Prague. The Strahov Monastic Brewery is just across the Strahov Monastery, a place situated in the Castle District in Prague 1. Whoever is in for dropping by the Monastic Brewery could also opt for a tour around the spacious monastery, as it stands on top of a hill; the Petrin Hill, to be more specific. The Strahov Monastery is a delight for all those who are into books, old or new. Such people would be ecstatic to know that the monastery holds over 16,000 books, despite having been robbed by rivals in the past decades.

The Strahov Monastic Brewery was first found by King Vladislav II in the year 1142, only to be documented sometime during the 13th and 14th century. The final decision that was taken was that a functional, large and ambient brewery would be built here, as soon as possible. During the early 1900s, this brewery was closed down for reasons unknown. Only in 2001, the entire place was renovated, top to bottom, ushering in countless devoted customers. Over the years, it has been discovered that the amber and dark St. Norbert beer is best loved by the customers. Albeit a little pricey, this beer has made its way to the hearts of the locals and tourists too.