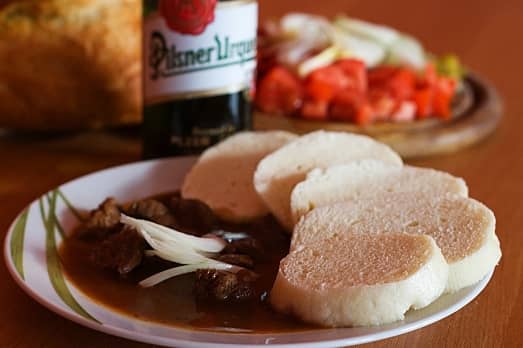 The Czech cuisine mainly consists of a lot of meat dishes, they are traditionally made with meat from animals like duck, rabbit and lamb. Czech traditions also include dishes like fish, dumplings, rice, vegetables, soups, salads, beer delicacies and desserts. The base of the Czech cuisine mainly consists of two courses; the first one is the soup and the second one is the main dish, after which, the desserts are served as the supplementary dishes.

The Czechoslovakians love beer and try to incorporate it into most of their foods. They have beer with their own very special type of cheese called nakládaný hermelín, and even with sausages that they call utopenci. Moving on to desserts, they have what they call the “fruit dumplings” which are basically Czech cakes filled with different types of fruits, jams or curds, etc. These are the most liked special foods of Prague. Now, there is another type of food that you must try out: The Czech Goulash.

The Czech Goulash is originally a Hungarian dish that has made its place in the hearts of the citizens of Prague. So if you need a small excursion from Prague without leaving the comfort of your house, then here’s the recipe:

Procedure: Heat the oil in a large pan under high heat first. Then combine the beef and pork in a bowl, pour it in the oil and keep stirring until the meat is brown. When meat is brown on all sides, add onion, and then add enough water to cover all the ingredients in the pan.

Now, tie all the spices in a thin cheesecloth, and drop the cloth in the water of the meat mixture. Simmer the mixture for 45 minutes, and add the canned ingredients, that is, the tomatoes and ketchup, and stir to mix well. Finally, after you are done mixing, add all the spices as per measurement, then add vinegar and whiskey. Turn the heat down and then let the mixture simmer for another whole hour, keeping the lid of the pot on. Check and keep checking to make sure that the bottom is not getting burnt. After the simmering has been completed, turn the heat out, discard the cheesecloth full of spices, serve using large spoons, and voila! It’s feast time. 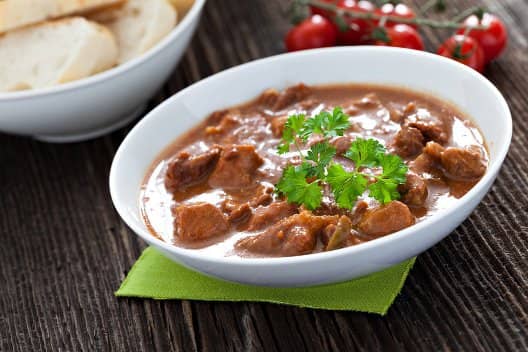